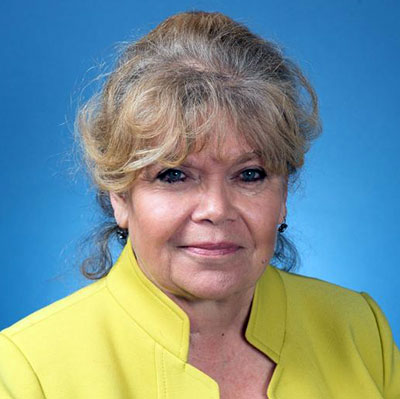 Dr. Felicia Hodge is the recipient of the Dr. Frank C. Dukepoo Award.

Frank C. Dukepoo (1943-1999) was a Hopi geneticist, biology professor at the time of his passing, and a strong advocate for Native American education. Born in First Mesa, AZ, he later attended college at Arizona State University where he earned his doctorate in zoology with an emphasis on genetics. He was the first Hopi to earn a PhD in science and the first Native American geneticist.

Before his untimely passing, Dr. Dukepoo founded the National Native American Honor Society of which he was most proud. He recruited 2000 native students from 190 schools throughout the U.S. and Canada and taught them skills to achieve academically and in life.

Dr. Dukepoo’s research focused on albinism among the Hopi. While working with scientists from the National Institutes of Health on the planned Human Genome Diversity Project, he advocated for protection of native people in genetics research.

The Native Research Network presents the Frank C. Dukepoo award to a Native American researcher who exemplifies the work of Dr. Dukepoo in conducting respectful research and in improving the education of Native American students.

Felicia Schanche Hodge (Wailaki), DrPH, holds a joint appointment as Professor in the School of Nursing and Professor in the School of Public Health at UCLA. Dr. Hodge is the founder and director of the Center for American Indian/Indigenous Research and Education (CAIIRE) that supports research, evaluation, policy development, education, planning, prevention, and community service activities among indigenous populations. Over the span of her career, Dr. Hodge has held professorships at UC-Berkeley, UC-San Francisco, and the University of Minnesota. Additionally, she has served as Principal Investigator for several large NIH-funded research projects focused on American Indian health issues including cervical cancer, nutrition, smoking cessation, breast cancer, wellness concepts, diabetes, cancer pain and self-management. Her publications include an analysis of urban and rural smoking patterns, an examination of culturally sensitive interventions, and research into the application of the CES-D (depression) scale among American Indian adults, as well as various cancer and diabetes interventions. More recently, she has begun research among the Apache tribe to document dioxin contamination and to identify the experiences of elders who were directly sprayed as a child. Specifically, Dr. Hodge has tested the “Talking Circle” model in group processes and counseling to increase cancer screening among American Indians and other health promotion areas. She developed the train-the-trainer programs for smoking cessation projects in various tribal communities. She has focused on consumer advocacy, participatory research, and culturally sensitive interventions for the American Indian populations throughout her career. She also mentored AI researchers through universities where she worked.

The National Native Health Research Training Initiative partners honor Dr. Felicia Hodge for her work with American Indian communities and present her with the Frank C. Dukepoo Award. The Frank C. Dukepoo Award is an award historically bestowed on a Native American researcher who exemplifies the work of Dr. Dukepoo in conducting respectful research and in improving the education of Native American students. A description of this award is posted on the NRN and NNHRTI websites.